Greetings! I’m back for a blog about my recent trip. For my bday this year, I planned a trip to NOLA. In the planning phases, I tracked flights with Google Flights, which allows you to track flights and tells you if you’re getting the best deal. I was able to snag some pretty sweet non-stop flights. Hotels were a big pricey, but I figured it is my birthday, so treat yoself, right?! We booked the JW Marriott which was 1 block away from Bourbon street. It was super convenient without the raucous of party people on Bourbon. We were able to walk everywhere and luckily the weather was great. In anticipation of our trip, I asked several people if they’ve been to NOLA, and for recs. Basically everyone said to be careful because it can get really dirty on Bourbon street, so I arrived well prepared with a pair of flats that I could throw away if need be. Fortunately, all of our day drinking left us so exhausted that we were in bed by midnight everyday. Definitely not party people!!! Anyways, here’s a breakdown of our trip. I planned everything well in advance and booked tours based on a combination of ratings and reviews from Google, travel blogs, and TripAdvisor.

We have been traveling with our AmEx Platinum card and are really enjoying the benefits! At Logan, we were able to grab some free dinner and free unlimited drinks at the lounge before catching our flight. When we arrived in NOLA, we took an Uber from the airport to the hotel. Our credit card gives us $20 in Uber credit monthly so it works out great. The hotel was nice because it was recently renovated. I was kind of tired from traveling so we kept the night low-key. We went to a place called Mambo’s which I found on Yelp by searching for rooftop bars, lol. It was so cute inside and the service was great. I had crawfish for the for the first time in my life and I really enjoyed it. I got a redfish in a garlic sauce topped with crawfish, with a side of mashed and greens. The greens tasted like saag, so yum!!! Bourbon street was lively, but there were no crowds. It was just right. 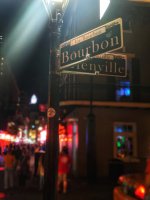 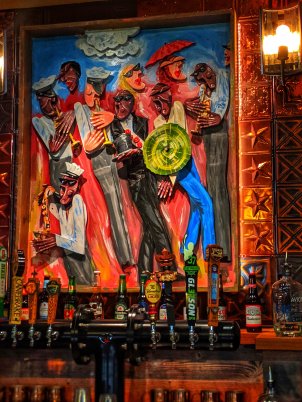 On the second day it was my bday day and we planned a plethora of fun things to do. We went on a steamboat lunch jazz cruise. It was soooo cute! The buffet had staples from New Orleans cuisine, and the steamboat punches were crazy strong. The live jazz really set the mood. After the cruise we went to Pat O’Briens courtyard for some hurricanes. They were yummy and the atmosphere was adorable. They had dueling pianos in the bar and an outdoor courtyard to just chill at. Back at the hotel hubbz arranged for a surprise wine bottle and tray of chocolate covered strawberries. At dinner he arranged for a bottle of chardonnay and he even managed to get my name printed on the menu. He’s the best! Bourbon street started getting more lively by Thursday night, and it was truly a unique experience to walk through the crowds of different kinds of people, some in costumes, some drunk and high out of their minds, dancing to the live jazz blaring from all the open bars on the street. Definitely memorable. 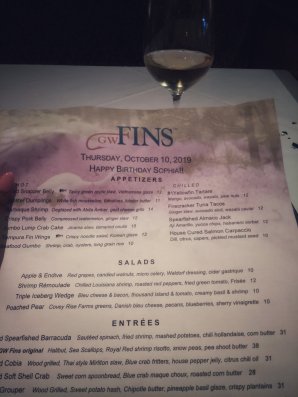 Friday morning I was so hungover, but forced myself out of bed for this really cool tour I booked. We walked past Bourbon to catch a bus for a plantation and swamp boat tour in the suburbs. The tour was so worth it. It was about 6 hours in total, but some ginger ale and plain carbs helped me go strong. We saw an actual plantation that was built by a slave that was later freed after he successfully built it. It was called Destrehan Plantation. We saw the history of how the slaves lived and were forced to serve the people on the plantation. It was hurtful and important to see and learn all of the history. Afterwards, we hopped on a boat through a private swamp and saw a ton of gators. Our tour guide fed them hot dogs so they kept jumping real high out of the water. It was scary but cool. Also, Adi got to hold a baby gator! Driving through the suburbs was truly a sight. We saw the marshlands and roads were built over them which was a totally different landscape than I’ve ever seen before. At night we grabbed some more Hurricanes and went to Bourbon street. For dinner we went to Oceana Grill, which was recommended by my cousin Angela. It was so yummy! 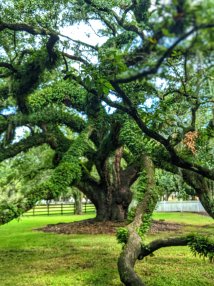 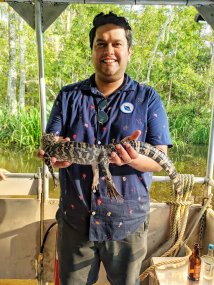 On Saturday we took it easy and slept in, which was so needed after all the touring and drinking! We got grenades and went to Mahoney’s for Po-Boys. This was a let’s take it easy day so we lazied our way around the French Quarter to explore. The side streets around Bourbon in the French Quarter were so quaint and adorable, they were much quieter than Bourbon. There were several art galleries and cute cafes, still with live jazz at every corner. At night we did a Voodoo tour which wasn’t as scary as I was hoping it to be, but we got to see the house from Coven, AHS. For dinner we got some Willie’s Chicken Shack and got some spiced Cajun tenders. Literally anywhere you go to eat in NOLA is so flavorful! I didn’t have 1 bad meal my whole trip. At night we to the Cats Meow (recommended by Russell!) and watched people do karaoke, lol. It was fun! Late at night we went to Lincoln Square to get some beignets at the famous Cafe Du Monde. It was around 11pm so there was a short line for the take out beignets. They were so hot, fresh and delish! 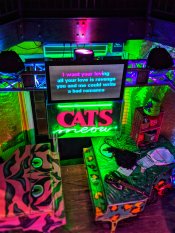 On Sunday we had lunch on Bourbon and then headed home. It was a fun trip. I love vaca and getting a break from my busy work week, but I also love my home sweet home!

Hi, I’m Sophia! About me, well I’m basically a female trying to navigate the realms of life and gain perspective on what ultimately matters most. You can catch me getting critical medical devices out to those in need (my 9-5), chilling at a local lounge on weekends, painting, traveling and now blogging! Hope you enjoy the inner workings of my mind and my experiences. Xoxo, S